The store will not work correctly in the case when cookies are disabled.
Blogs

Asking the Right Questions when Buying a Self-Balancing Electric Scooter 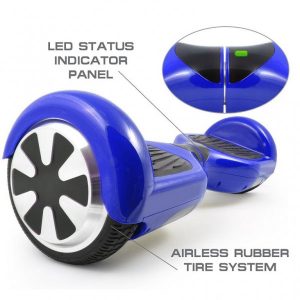 Do you know which self-balancing scooter is right for you? If not, the following four questions will help you to work it out. It’s important that you make the correct decision, and that you don’t simply buy the first scooter that you find. There have been issues with some self-balancing scooters, so make sure you do your research.

Which brand should you buy?
It’s very important that you select a popular brand that is well known in the UK. Many people have purchased boards from obscure sellers in other countries, and, unfortunately, some of them do not adhere to the same health and safety standards as we do, and consequently, have caused problems, including fires and accidents. Choosing a reputable brand, such as a Swegway helps to protect you against these issues.

Where’s the best place to buy them?
Because they’re expensive, and because it’s illegal to use them on the roads and pavements, most large toy stores or cycle shops do not sell them. That’s because they don’t have the market to justify stocking them in the numbers they would need to in order to turn a profit.

For this reason, we would recommend buying them online, but from a UK-registered business. This way, you are afforded all of the necessary consumer rights.

If you decide to buy them online, then do consider the following:

1. Price: these boards should cost between £200 and £300. Those that cost less are very likely to be of a poor quality, so that while it might appear to be a bargain, it probably isn’t in the long run.

2. Ratings: watch out for products (and this goes for any internet purchase) that have 100% positive reviews. It’s highly likely to be fake, as no product is universally liked. On-site reviews are especially easy to fake, so do watch out.

Will you be able to use it?
There’s no point in buying something that you won’t be able to buy, and if you’ve never used a self-balancing scooter, then you have no idea whether you will or won’t be able to do it at all. Rest assured that they are extremely easy to use. It takes most people around half an hour to get a decent grasp of the technique needed. After that, it might take a few weeks to truly hone the skill.

It does feel very counter-intuitive, because you have to fall forward, but the trick is to give the board the benefit of the doubt and trust that it will keep you balanced – it’s like a trust fall.

Another consideration you need to make is where you'll use it. You are not allowed to use them on public roads or pavements in the UK. For this reason, it’s important that you have somewhere else that you can ride them (maybe a local park) otherwise, it will simply gather dust.

How fast will it go?
The vast majority of boards have a top speed of 10mph and that’s more than enough – it’s about the same speed as a bike, so it’s fun, but it’s not particularly dangerous.

We hope that you now have a good idea about the type of questions you should be asking when buying a self-balancing scooter.